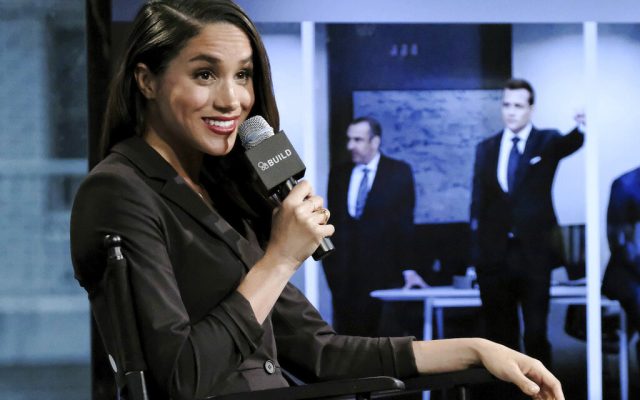 FILE - In this Thursday, March 17, 2016 file photo, actress Meghan Markle participates in AOL's BUILD Speaker Series to discuss her role on the television show, "Suits", in New York. Britain's Prince Harry has condemned racist abuse and harassment of his girlfriend Meghan Markle in the media, issuing a highly unusual statement Tuesday Nov. 8, 2016, that confirmed the relationship and expressed concern for her safety. (Photo by Evan Agostini/Invision/AP, File)

Why Pregnant Meghan Markle Won’t Have Baby Shower Ahead of Daughter’s Birth Meghan Markle and Prince Harry have decided against having a baby shower ahead of the birth of their daughter. COVID-19 is one reason. They also don’t feel a big baby shower with gifts is appropriate right now. They both feel with so much happening in the world their time and resources can be used for a better purpose. Do you think people should have baby showers after their first born?