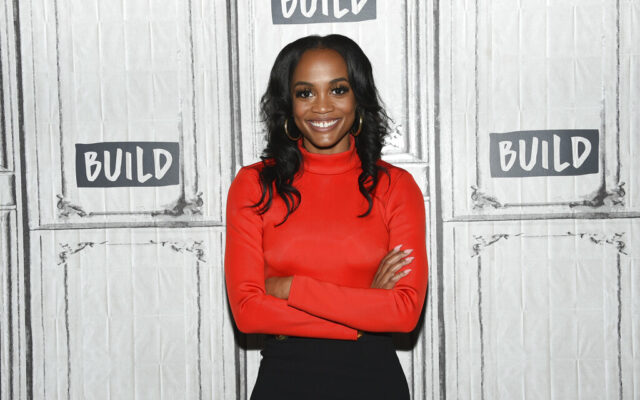 Television personality Rachel Lindsay participates in the BUILD Speaker Series to discuss the television series "The Bachelorette" at BUILD Studio on Monday, Sept. 30, 2019, in New York. (Photo by Evan Agostini/Invision/AP)

Rachel Lindsay Talks About Being The 1st Black Bachelorette Rachel Lindsay is opening up about being the first Black “Bachelorette.” She says in her book that behind the scenes for the show, she didn’t feel set up for success like she should have.  She said, “I realized not the ill-intent, but the ignorance behind me being the first Black Bachelorette in that they weren’t prepared. It was enough for the show to just check the box of having their first Black lead, rather than understanding: We need to put her in an environment to make her feel comfortable so she can be her best self. She’s stepping into uncharted territory. And so are we.” She added, “It should have been, ‘Hey, Rachel, what can we make you do to feel more comfortable? They thought that I could handle it… I feel like they thought: Oh, Rachel’s strong. She’s got it. She’s used to being in spaces where she is the only Black. She’ll be fine. Who is your favorite reality show cast member, and why?