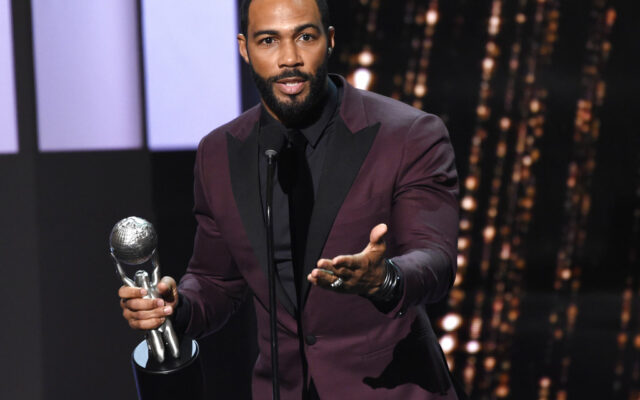 Omari Hardwick accepts the award for outstanding actor in a drama series for "Power" at the 49th annual NAACP Image Awards at the Pasadena Civic Auditorium on Monday, Jan. 15, 2018, in Pasadena, Calif. (Photo by Chris Pizzello/Invision/AP)
Omari Hardwick Reveals He Only Made $150K per ‘Power’ Episode, Says 50 Cent Loaned Him Money Twice While Filming Omari Hardwick–forever Ghost from Power, was on The Pivot podcast when he shared that as many roles as he had prior to Power  and even being on Power, the money did not come until after Power. He shared that there were times Power producer 50 Cent lent him money. Omari said he paid him back with interest. It was the summer after season 1 and then it was the summer after season 2. He gave me $20,000 and then the next summer he gave me $23,000. He adores J and the kids, he might like them more than me. It was absolutely given in a way, ‘take care of the family, bro.’ Omari said he made $150,000 an episode. For comparison, Angela Bassett makes $450,000 an episode on Fox’s 9-1-1. Omari gives Angela her respect as one of the greatest actresses on the planet but adds that he was the face of the Starz network. He has no hard feelings and says, Starz, I’m still super humble. 50 and Courtney, I’ll thank them forever but all of them know ‘he didn’t really make no money.’