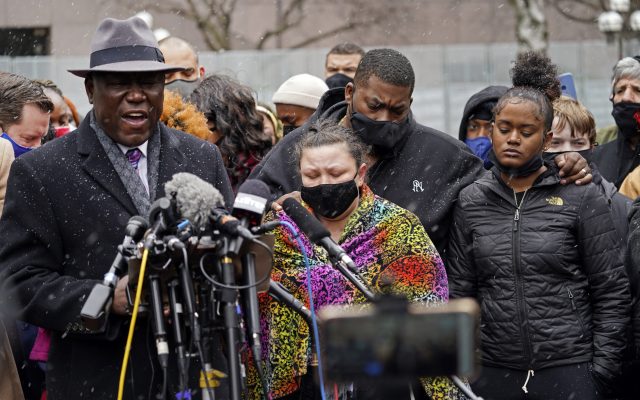 Katie Wright, center, the mother of Daunte Wright, and other family and friends gather during a news conference Tuesday, April 13, 2021, in Minneapolis as family attorney Ben Crump, left, speaks. Daunte Wright, 20, was shot and killed by police Sunday after a traffic stop in Brooklyn Center, Minn. (AP Photo/Jim Mone)

Police Chief, Officer Who Shot Daunte Wright Resigns The Minnesota police officer who fatally shot Daunte Wright on Sunday has resigned. Officer Kim Potter says she meant to fire her Taser when she shot and killed the 20-year-old Wright during a traffic stop.  The incident sparked another wave of protests in Minneapolis, less than a year after the death of George Floyd last May. Potter is a 26-year veteran of the Brooklyn Center Police Department.  Police Chief Tim Gannon has also stepped down after calling the shooting an “accidental discharge”. Will these resignations do anything to quell the protests?  What kind of reforms would you make to policing in the U.S.?