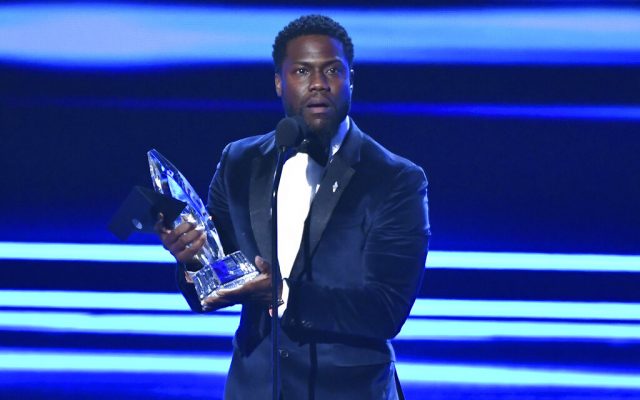 Kevin Hart accepts the award for favorite comedic movie actor at the People's Choice Awards at the Microsoft Theater on Wednesday, Jan. 18, 2017, in Los Angeles. (Photo by Vince Bucci/Invision/AP)

Kevin Hart On Cheating And Oscars Row: “I Didn’t Realise Impact Of Mistakes” Kevin Hart sat down at the Red Table with Will Smith for a special Father’s Day episode of Red Table Talk where the actors discussed how their public image affects their families. Hart revealed how resurfaced homophobic tweets affected his chance to host the Oscars but more importantly, it affected his daughter, Heaven, who didn’t understand why the public was being so nasty to her father.  Hart also shared how Heaven was affected by him cheating on her mother who was pregnant at the time, “My talk with [my daughter] Heaven…that was one like no other,” said Hart. “Getting my daughter back, getting my daughter to understand that I was sorry that I made a mistake; that was real…Until this day, my daughter is tough on me.”  Smith offered some advice for Hart, telling him that he and Jada try to get in front of the stories and be “really open” about what’s going on. “I’ve never been able to get to the kids first.” He explained that “every child has the Internet,” and “there’s nothing that you’re gonna come across…that isn’t gonna have an impression [on them].” What mistakes have you made that impacted your children? How did you work through that tough space?