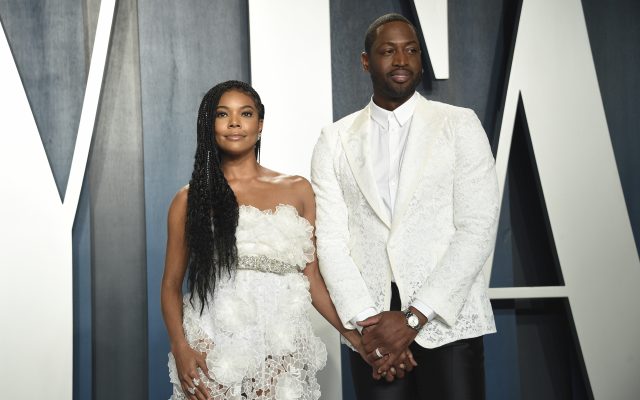 Gabrielle Union Had To Explain the Eggplant Emoji to Husband Dwyane Wade Gabrielle Union was on The Jimmy Kimmel show. She shared a story about a time Dwyane Wade had a bunch of eggplant emojis in his comments. He asked his wife what the eggplant emojis meant. Jimmy was in disbelief. Gabrielle said, he knows now. I think it’s the goal. I think it’s the goal to have his comments section filled with eggplant. Have you ever had to explain something sexually explicit to a parent or significant other?