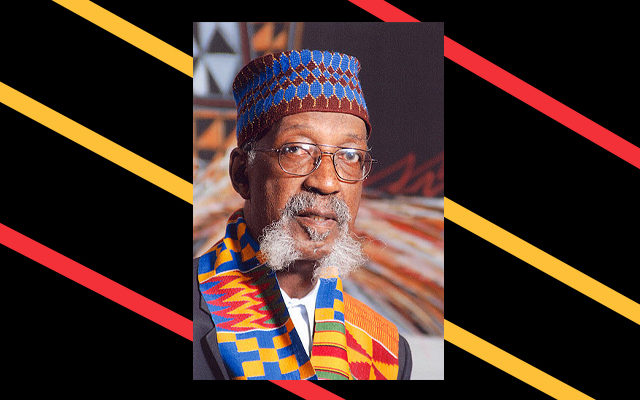 Willis “Bing” Davis (1937- ) is a renowned artist, educator, goodwill ambassador and creative spark. In the late 1960s he was Visual Art Director for the Dayton Living Arts Center, an experimental after school program for talented children who were interested in the arts. The project quickly gained a reputation as extremely innovative and became a national model. Although its funding dried up in 1971, the reputation of the Center and most especially its charismatic teacher is still very much alive today.

Bing Davis’s reputation as a gifted educator who passionately believes there is creativity in every child led to his regular engagement as an ambassador of the arts: he has traveled to four continents as well as throughout the United States. Despite his demanding schedule as a teacher, workshop leader and guest lecturer, this Dayton treasure has found the time to create and exhibit a significant body of his own artwork.  (credit Dayton Walk Of Fame)