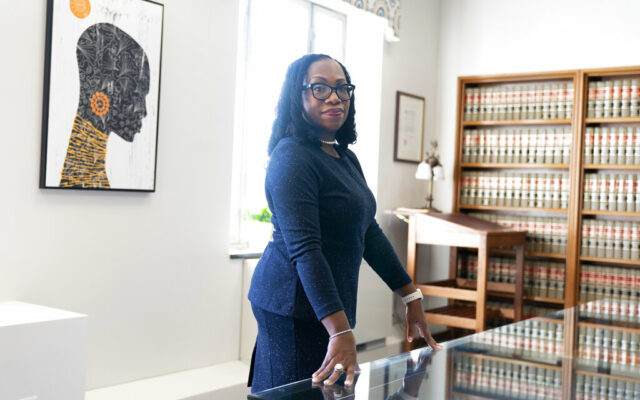 Judge Ketanji Brown Jackson, a U.S. Circuit Judge on the U.S. Court of Appeals for the District of Columbia Circuit, poses for a portrait, Friday, Feb., 18, 2022, in her office at the court in Washington. (AP Photo/Jacquelyn Martin)

Biden Makes His Supreme Court Choice President Biden has made his choice for the next Supreme Court justice. On Friday, the White House announced that Biden would nominate Ketanji Brown Jackson to take over for retiring Justice Stephen Breyer. The 51-year-old Jackson was a former clerk of Breyer’s, and would be the first black woman ever to serve on the Supreme Court – something Biden promised to make happen. Biden is expected to formally introduce Jackson on Friday afternoon. What kind of confirmation battle do you expect in the Senate over Jackson’s confirmation?