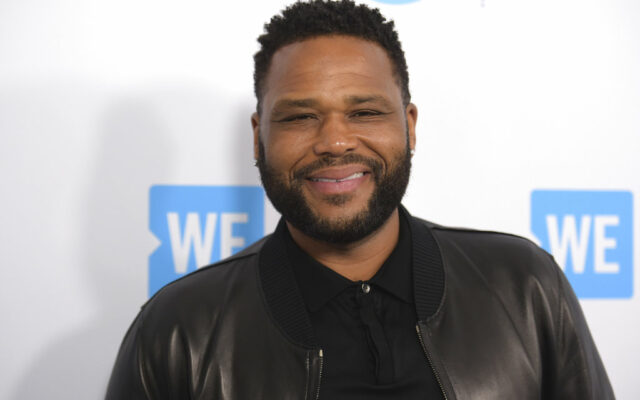 Anthony Anderson arrives at WE Day California at The Forum on Thursday, April 19, 2018, in Inglewood, Calif. (Photo by Richard Shotwell/Invision/AP)

Anthony Anderson Says Tracee Ellis Ross Did Not Like Him for Almost 10 Years ABC’s Black-ish will kick off their final season tomorrow night (Tuesday) In a recent interview, Anthony Anderson shared that co-star Tracee Ellis Ross did not always like him. He said it dates back to 2005 when they hosted the Vibe awards. They were walking to the stage when there was a loud sound over the speaker. Anthony jokingly said, Tracee did you fart? While the audience thought it was hilarious, Tracee didn’t. The pair was again on another show and every time Anthony had to do his part Tracee left the set. He thought it was so cool how much respect she was giving him not realizing she couldn’t stand to be around him. He said it was not until halfway through the first season of Black-ish did she come around to him. He said they laugh about it now. Anthony added, there is nothing that I would not do for Tracee. We work the same, we learn the same, we are there for one another and we have the ability to work with such fearlessness when we’re together because we know we will never allow the other to fail. Have you ever worked with someone you initially didn’t like but then you guys grew to like each other?