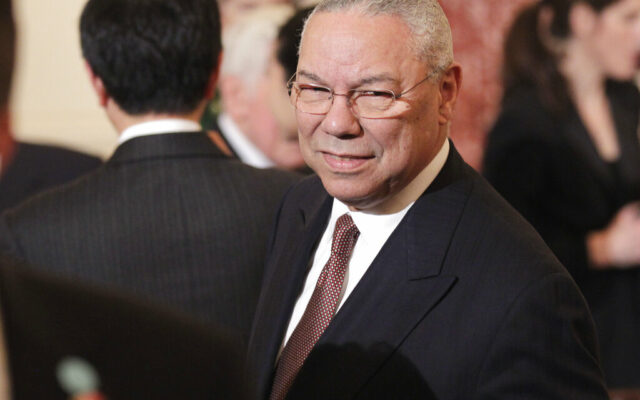 Colin Powell, Military Leader and First Black U.S. Secretary Of State, Dies Colin Powell, the first Black U.S. secretary of state, has died from complications of COVID-19, his family announced. He was 84. In a Facebook post, his family said, “We have lost a remarkable and loving husband, father, grandfather, and a great American.” They also noted he was fully vaccinated. After combat duty in Vietnam, Powell went on to become the first Black national security adviser at the end of Ronald Reagan’s presidency and the first African American chairman of the Joint Chiefs of Staff under President George H.W. Bush. His national popularity soared during the Gulf War. But, his reputation was tarnished as George W. Bush’s secretary of state when he pushed faulty intelligence to advocate for the Iraq War, which he would later call a “blot” on his record. What is Powell’s legacy?