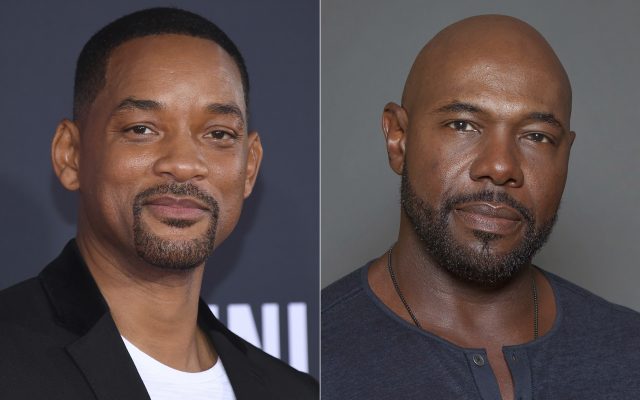 Will Smith attends the premiere of "Gemini Man" in Los Angeles on Oct. 6, 2019, left, and director Antoine Fuqua appears during a photo session in Los Angeles on July 12, 2015. Smith and director Fuqua have pulled production of their runaway slave drama “Emancipation” from Georgia over the state’s recently enacted law restricting voting access. The film is largest and most high profile Hollywood production to depart the state since Georgia’s Republican-controlled state Legislature passed a law that introduced stiffer voter identification requirements for absentee balloting. (AP Photo)

Will Smith Movie ‘Emancipation’ Abandons Georgia Over Voting Restrictions Antoine Fuqua and Will Smith are moving their big budget film, Emancipation, out of Georgia. They are doing this in protest to Georgia’s controversial new voting restrictions. In a joint statement they said, we can not in good conscience provide economic support to a government that enacts regressive voting laws that are designed to restrict voter access. Emancipation is described as a runaway slave thriller.  How do you feel about organizations boycotting Georgia in light of the new voter law?