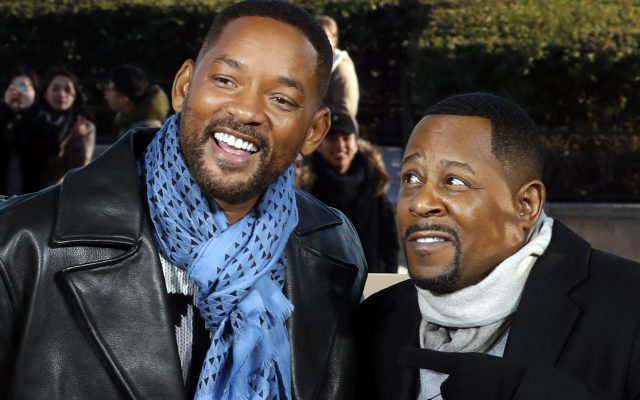 U.S actors Will Smith, left, and Martin Lawrence pose for photographers during the photocall of « Bad Boys for Life », in Paris, Monday, Jan. 6, 2020. (AP Photo/Thibault Camus)

Will Smith And Martin Lawrence Celebrate 26th Anniversary Of Bad Boys Bad boys, bad boys, what cha gonna do….it might be hard to believe, but the classic movie, Bad Boys, is turning 26! To celebrate the iconic movie, Will Smith and Martin Lawrence recreated the film’s movie poster portraying their characters, Mike Lowry and Marcus Burnett. Both actors shared the video on Instagram. Smith captioned his video with “When we say FOR LIFE we mean it. Bad Boys came out 26 years ago today!”.  Bad Boys II came out in 2003 and Bad Boys for Life came out in 2020. What’s the best Bad Boys movie? Which character would you want to be friends with, Mike Lowry or Marcus Burnett?

Jessica Biel opens up about having “a secret COVID baby”