While not common, officers have mistaken pistols for Tasers, sometimes with deadly outcomes. 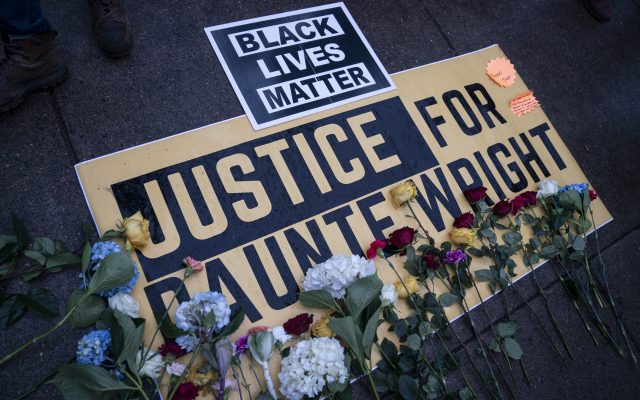 Flowers have been placed on a banner as demonstrators gather outside the Brooklyn Center (Minn.) Police Department on Tuesday, April 13, 2021, to protest Sunday's fatal shooting of Daunte Wright during a traffic stop. (AP Photo/John Minchillo)

Could a Cop REALLY Mistake a Gun for a Taser? After Daunte Wright was gunned down by a Minnesota police officer over the weekend, Chief Tim Gannon told the media Officer Kim Potter had made a simple mistake: Instead of grabbing her Taser, as she had intended to do, she drew her gun and fired at the 20-year-old, killing him. But is such a mistake possible? Yes, says one expert on police psychology. Bill Lewinski says the mistake can occur when an officer is under a great deal of stress. Moreover, officers spend a lot more time practicing with their firearms, making the weapon a more natural go-to in times of peril, Lewinski says. A 2012 story in the law journal Americans for Effective Law Enforcement says at least nine similar cases were documented between 2001 and 2012. Gannon and Potter announced their resignations Tuesday after city officials voted to relieve them of their duties. An investigation into the incident is underway, according to authorities. Is it absurd that manufacturers make Tasers to look and feel even remotely similar to guns?