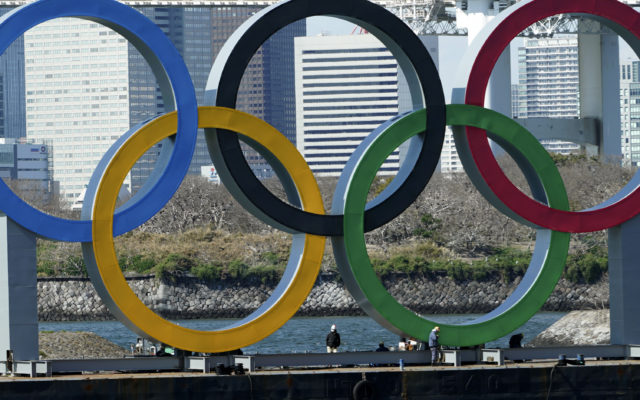 Workers stand at the bottom of the Olympic rings at Tokyo's Odaiba district Tuesday, March 24, 2020. The Tokyo Olympics are probably going to happen, but almost surely in 2021 rather than in four months as planned. (AP Photo/Eugene Hoshiko)

The Tokyo Olympics have been officially postponed until 2021.

The International Olympic Committee along with Japanese Prime Minister Shinzo Abe and local organizers have decided that the Tokyo Games cannot go ahead as scheduled this year because of the coronavirus outbreak.