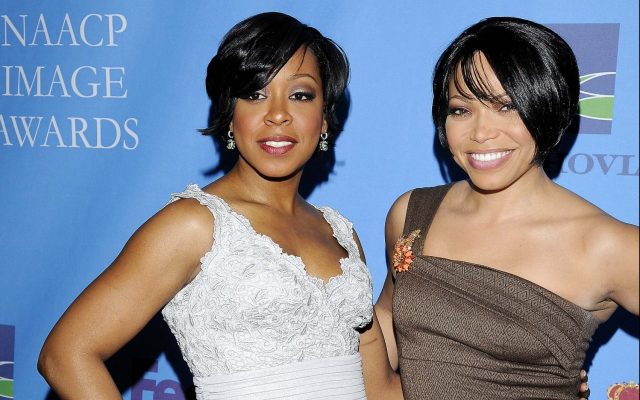 Back together Again..Tichina Arnold and Tisha Campbell-Martin appear on the Red Carpet at the 39th Annual NAACP Awards Luncheon Saturday, Feb. 9, 2008. They will serve as host for the ceremony set for Feb. 14, 2008. (AP Photo/Earl Gibson III)

Tisha Campbell And Tichina Arnold Say The ‘Martin’ Reboot Is Unlikely Many Martin fans are patiently awaiting for a reboot, but it might not happen.  Tisha Campbell and Tichina Arnold appeared on the Tamron Hall Show and explained that they couldn’t get everyone on board.  Arnold said, “It’s something that we tried very hard for it to happen, but the way it looks to me, realistically, it’s not going to happen. Not unless it’s an animation.” Arnold added, “Tisha brought up a great idea to do animation of it. But I would say a show can never ever be rebooted without the original cast.” Would you like to see Martin come back in animation form?