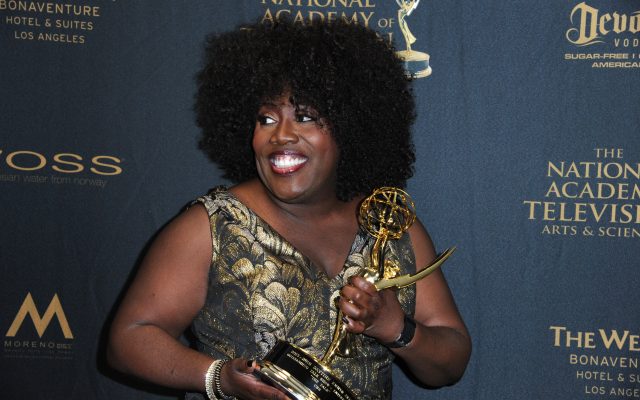 Sheryl Underwood poses in the pressroom with the award for outstanding talk show entertainment for The Talk at the 43rd annual Daytime Emmy Awards at the Westin Bonaventure Hotel on Sunday, May 1, 2016, in Los Angeles. (Photo by Richard Shotwell/Invision/AP)

Sheryl Underwood Breaks Silence After Sharon Osbourne’s ‘The Talk’ Exit Sheryl Underwood is speaking out on Sharon Osbourne and her The Talk exit, and says that they haven’t spoken.  When asked if they’ve spoken, she said, “No, OK, I’ve been looking through my phone. No. I can go back as far as I can go. No.” This comes after Sharon’s rep shared a screenshot that showed that she sent a text to Underwood apologizing.  Sheryl was also asked about Sharon’s apology, and she said it left her with an odd feeling.  She said, “The issue is, for me, it’s about trust. I don’t want to add to the chatter in a negative way that we’re not coming with positive solutions and trust and growth and evolution.” Do you think Sharon needs to apologize to Sheryl publicly?