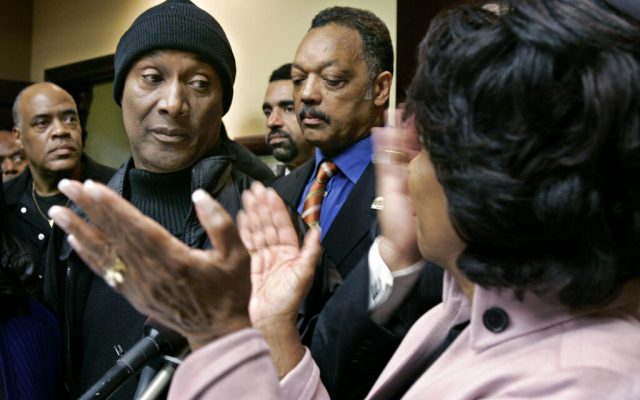 FILE - In this Monday, Nov. 27, 2006 file picture, U.S. Rep. Maxine Waters, D-Los Angeles, right, with Rev. Jesse Jackson, second from right, applauds comedian Paul Mooney, second from left, who agreed to stop using the N-word in his act during a news conference in Los Angeles. His announcement was in response to comedian Michael Richards' tirade at a Los Angeles comedy club. The N-word is no ordinary one. It is the essence of black pain, yet many African-Americans use it with pride, like a hard-won privilege. The epithet is undeniably racist and there have been widespread efforts to eliminate it from the black vernacular, yet it refuses to die. (AP Photo/Ric Francis)

Comedian Paul Mooney Has Died at 79 Comedian Paul Mooney, former writer for comic Richard Pryor has died at the age of 79. According to his cousin he suffered a heart attack in his home. He was born in Shreveport, Louisiana as Paul Gladney. He wrote for many iconic shows like SNL, Sanford &amp; Son, Good Times, Living Color and Chappelle Show  to name a few. What is your favorite Paul Mooney sketch or joke?