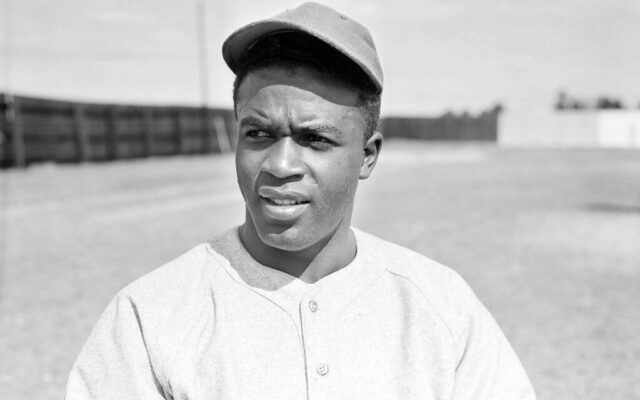 FILE - This March 4, 1946, file photo shows Jackie Robinson of the Montreal Royals baseball team, in Sanford, Fla. All players, managers, coaches and umpires will wear No. 42 on Thursday, April 15, 2021, to celebrate Jackie Robinson Day, marking the anniversary of the date the Brooklyn Dodgers Hall of Famer made his Major League Baseball debut and broke the sport's color barrier in 1947. (AP Photo/Bill Chaplis, File)

MLB Celebrates Jackie Robinson Day Friday marks the 75th anniversary of one of the most important moments in the history of sports – Jackie Robinson breaking baseball’s color barrier. On April 15th, 1947, Robinson made his debut for the Brooklyn Dodgers.  Since 2007, MLB has celebrated April 15th as Jackie Robinson Day. All players, coaches, and umpires will wear No. 42 today in honor of Robinson.  This year, those numbers will be in ‘Dodger Blue’. Each team will also play a special tribute video titled “Play, Run, Win, Rise” ahead of the game. Why does Robinson’s story still resonate today?  Should other sports honor him as well?