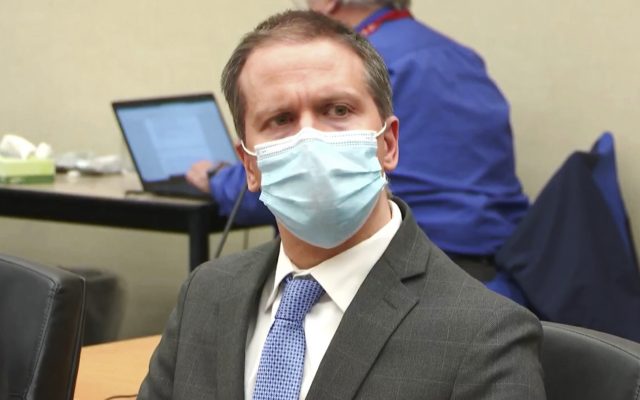 In this image from video, defendant, former Minneapolis police Officer Derek Chauvin, listens to verdicts at his trial for the 2020 death of George Floyd, Tuesday, April 20, 2021, at the Hennepin County Courthouse in Minneapolis, Minn. (Court TV via AP, Pool)

BREAKING Derek Chauvin Found Guilty On All Counts One of the highest-profile court cases in years has come to an end, with former Minneapolis police officer Derek Chauvin found guilty on all counts in the death of George Floyd. The jury delivered their verdict Tuesday afternoon after roughly 10 hours of deliberations.   Chauvin was found guilty on all three counts – second-degree unintentional murder, third-degree murder, and second-degree manslaughter. After reading the verdicts, Judge Peter Cahill told the jury “I have to thank you on behalf of the people of the state of Minnesota for “not only jury service, but heavy-duty jury service”. Sentencing for Chauvin has been scheduled for eight weeks from now. This is a developing story.  Stay with TopicPulse for more.