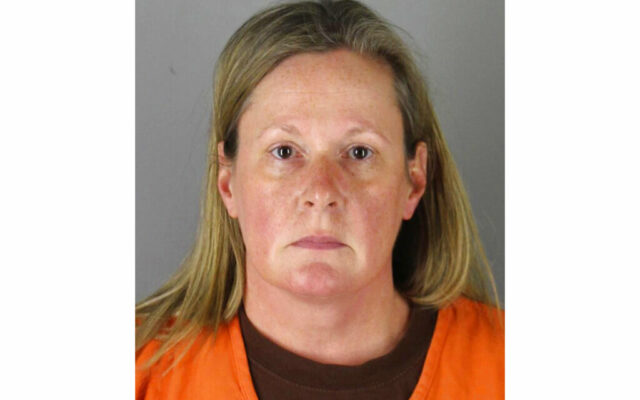 FILE - This undated file booking photo provided by the Hennepin County, Minn., Sheriff shows Kim Potter, a former Brooklyn Center, Minn., police officer. Potter, a former suburban Minneapolis police officer who has said she meant to use a Taser instead of a handgun when she shot and killed Daunte Wright in April is laying out her potential defenses ahead of her November 2021 trial. (Hennepin County Sheriff via AP, File)

Ex-Police Officer Kim Potter Sentenced to 24 Months for Killing Daunte Wright Kim Potter, the former Minnesota police officer who confused her taser with her hand gun when she shot and killed Daunte Wright has been sentenced. The officer was found guilty of manslaughter. The judge sentenced her to 24 months. 16 of the 24 months will be in prison. 8 months will be on supervised release. Before sentencing Kim Potter said to the family, I am so sorry that I brought the death of your son, father, brother, uncle, grandson, nephew and the rest of your family to your home. I am sorry I broke your hearts…My heart is broken for all of you. The judge in the case said she gave her a lesser sentence because Potter did not mean to shoot Wright. What are your thoughts about the sentence?