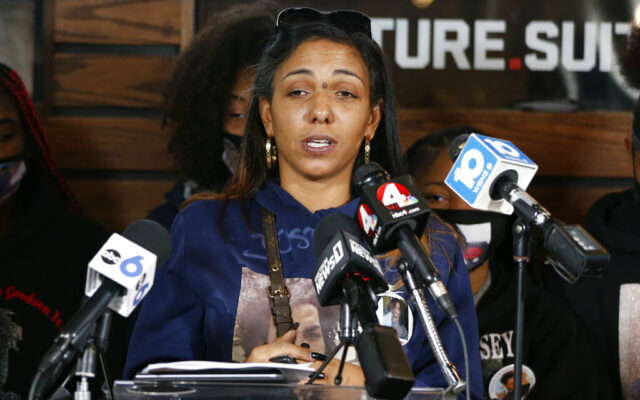 Tamala Payne, mother of Casey Goodson Jr., speaks during a news conference Thursday, Dec. 2, 2021, in Columbus, Ohio about the indictment of a former deputy who shot and killed her son. Jason Mead, the Ohio sheriff's deputy who fatally shot Casey Goodson Jr. in the back five times has been charged with murder and reckless homicide. (AP Photo/Jay LaPrete)

Former Ohio Sheriff Indicted on Murder Charges in Death of Casey Goodson Former Ohio sheriff Jason Meade was indicted on Thursday for the shooting death of Casey Goodson Jr. Meade was charged with murder and one count for reckless homicide in Franklin County Court. Meade’s lawyer said that the former officer will plead not guilty. The autopsy showed that Goodson Jr. was shot six times. His grandmother has claimed that he was shot while unlocking the family’s front door.