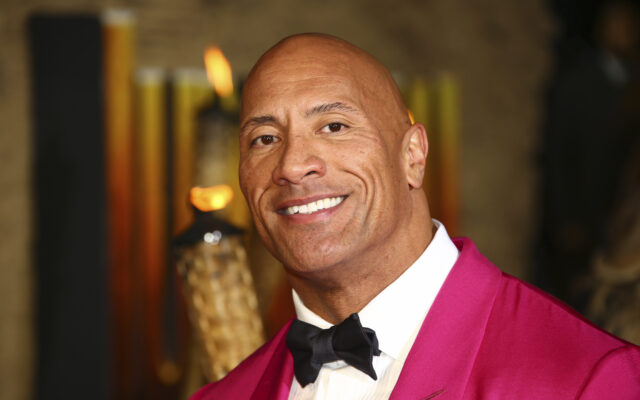 Actor Dwayne Johnson poses for photographers upon arrival at the premiere of the film 'Jumanji The Next Level', in central London, Thursday, Dec. 5, 2019. (Photo by Joel C Ryan/Invision/AP)

Dwayne Johnson Will No Longer Use Real Guns in Projects Dwayne Johnson has vowed to no longer use real guns in any further productions after the tragic shooting on the set of the upcoming film Rust.  We’re going to switch over to rubber guns, and we’re going to take care of it in post-production, said the film star during the premiere of his upcoming film Red Notice.  He went on to say that cost to make that happen won’t matter as long as everyone is safe.  Do you think all of Hollywood should follow Dwayne’s lead on guns on the set?