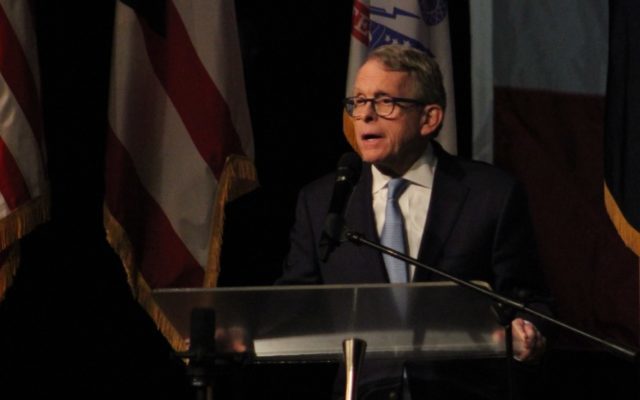 Rather than providing a daily updated on COVID-19 in Ohio, Governor Mike DeWine spoke about a different subject this afternoon: police brutality in America.

Following last night’s protests in Columbus over the death of Minnesota native George Floyd, who was killed while being arrested by a Minneapolis Police Officer, DeWine voiced his thoughts on the situation.

“George Floyd’s death is the culmination of many events,” DeWine said. “As he lay on the ground dying, he was a victim representing so many others before him. His death impacts us all. We have a responsibility to each other, regardless of race, to stand up & say we won’t tolerate this conduct.”

The Governor says he hears the public’s frustration and wants to create positive change.

“I receive those words and emotions with empathy and a commitment to seek solutions and justice when it is denied.”

DeWine mentioned that in the past he has put effort toward improving Police training state wide. He says those efforts will continue. He also acknowledged that Police training isn’t the only issue at hand.

Protests have taken place in numerous cities throughout the nation, including here in Ohio. DeWine was vocal about Ohioans and Americans using their first amendment rights to help make a difference.

“Protests expressing outrage are not only understandable, but they are also appropriate,” said DeWine. “We want Ohioans to exercise their First Amendment rights.”

DeWine continued saying Ohioans should speak out against wrongdoing.

The Governor asks that when Ohioans gather in the next few days that they do so peacefully.