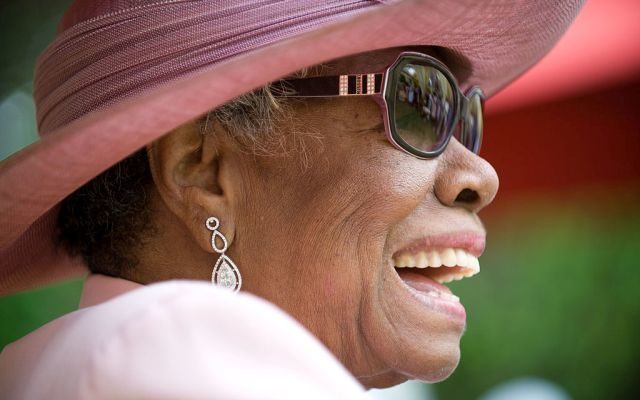 WINSTON-SALEM, NC - MAY 20: Dr. Maya Angelou attends her 82nd birthday at a party with friends and family at her home on May 20, 2010 in Winston-Salem, North Carolina. (Photo by Steve Exum/Getty Images)

Maya Angelou (1928-2014) was a civil rights activist, poet and award-winning author known for her acclaimed 1969 memoir, ‘I Know Why the Caged Bird Sings’, and her numerous poetry and essay collections.

In the mid-1950s, Angelou’s career as a performer began to take off. She landed a role in a touring production of Porgy and Bess, later appearing in the off-Broadway production Calypso Heat Wave (1957) and releasing her first album, Miss Calypso (1957).

A member of the Harlem Writers Guild and a civil rights activist, Angelou organized and starred in the musical revue Cabaret for Freedom as a benefit for the Southern Christian Leadership Conference, also serving as the SCLC’s northern coordinator.