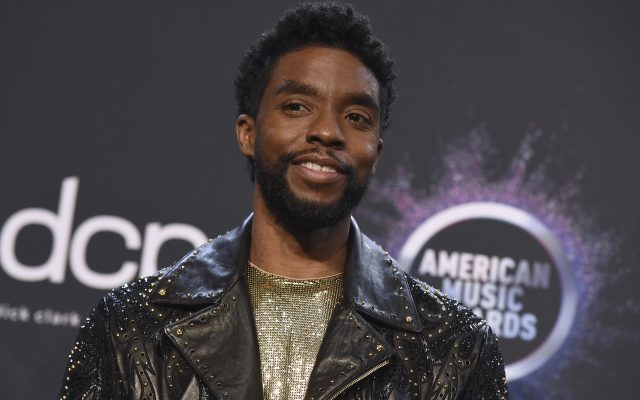 FILE - In this Sunday, Nov. 24, 2019 file photo, Chadwick Boseman poses in the press room at the American Music Awards at the Microsoft Theater in Los Angeles. Actor Chadwick Boseman, who played Black icons Jackie Robinson and James Brown before finding fame as the regal Black Panther in the Marvel cinematic universe, has died of cancer. His representative says Boseman died Friday, Aug. 28, 2020 in Los Angeles after a four-year battle with colon cancer. He was 43. (Photo by Jordan Strauss/Invision/AP, File)

Chadwick Boseman’s Widow Simone Movingly Quotes Late Actor While Accepting His 2021 SAG Award The Screen Actors Guild Awards took place Sunday night. You probably missed it if you were watching the Isley Bros/Earth, Wind &amp; Fire Verzuz. Chadwick Boseman won a SAG Award for outstanding performance by a male actor in a leading role for “Ma Rainey’s Black Bottom” His widow Taylor Simone Ledward accepted the award on his behalf. After thanking everyone she recited words left for us from Chadwick. If you see the world unbalanced be a crusader that pushes heavily on the seesaw of the mind. So far Chadwick has won all the major awards leading up to the Oscars. Do you think he will win an Oscar for his role in Ma Rainey’s Black Bottom?

Jessica Biel opens up about having “a secret COVID baby”