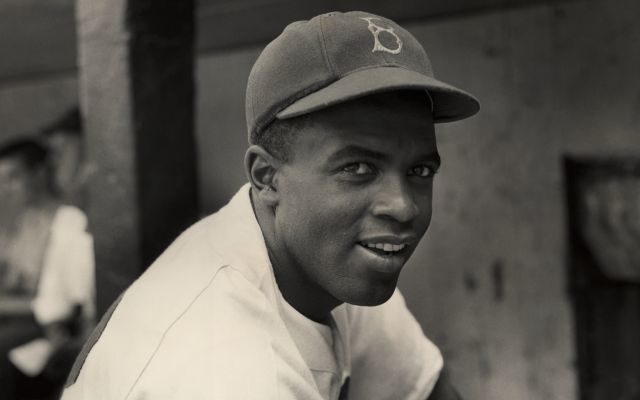 circa 1945: A portrait of the Brooklyn Dodgers' infielder Jackie Robinson in uniform. (Photo by Hulton Archive/Getty Images)

Born January 31, 1919, Jack Roosevelt Robinson was an American professional baseball player who became the first African American to play in Major League Baseball in the modern era. Robinson broke the baseball color line when he started at first base for the Brooklyn Dodgers on April 15, 1947.  Jackie Robinson died October 24, 1972.

“A life is not important except in the impact it has on other lives.” – Jackie Robinson