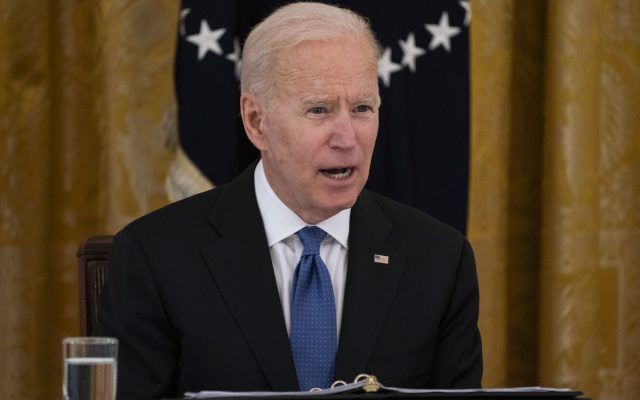 President Joe Biden speaks during a Cabinet meeting in the East Room of the White House, Thursday, April 1, 2021, in Washington. (AP Photo/Evan Vucci)

Biden Officially Signs Bill Making Juneteenth A National Holiday President Biden has signed off on a bill making Juneteenth a national holiday. The bill establishes June 19th as ‘Juneteenth National Independence Day”, commemorating the end of slavery in the U.S. Biden called signing the bill “one of the greatest honors I will have as president”. It’s the first new federal holiday since Martin Luther King Jr. Day was established in 1983.   Since June 19th falls on a Saturday this year, most federal employees will get this Friday off. How should Juneteenth be commemorated?  What kind of new traditions would you like to see?