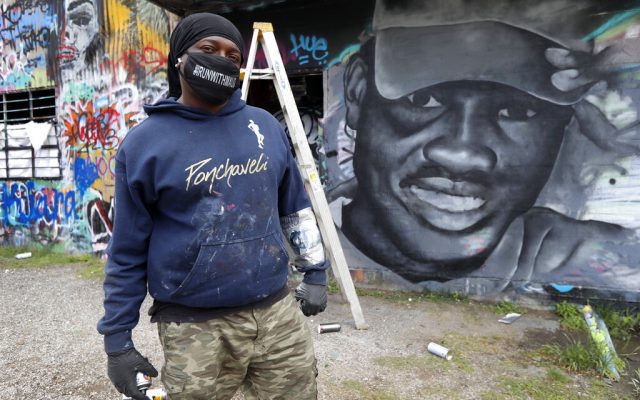 Artist Theo Ponchaveli wears a mask he created that reads, "Runwithmaud", as he poses for a photo in front of a mural that he is painting in the likeness of Ahmaud Arbery in Dallas, Friday, May 8, 2020. Ponchaveli said that he was inspired to paint the mural after seeing the video of Arbery's death on a news broadcast and learning that today would have been his birthday. (AP Photo/Tony Gutierrez)

Ahmaud Arbery Murder Trial Date Is Set for the Fall Superior Court Judge Timothy Walmsley said the trial of the three white men accused of killing Ahmaud Arbery will begin this Fall. The date has been set for October 18th. Ahmaud was jogging in Brunswick, Georgia before he was killed by the men. A lawyer representing the three men said the men thought they were making a citizens arrest as people in the area had reported stolen items.